Beginner’s guide: Which iPad Should You Buy? (2021 update)

The iPad for digital productivity

All the latest iPads on the market now support the Apple Pencil. They all have great handwriting experience. Especially when coupled with the right apps. They all run iPadOS 15 so none stand out above others. Any differences amongst these devices are negligible at best; certainly not worth the price differences. If the M1 iPad Pro can do it, so can the iPad Air 4, iPad 9 and the iPad mini 6. Again in 2021, we run into the same problem: no iPad apps need the horsepower on the iPad Pros.

Who Needs An iPad Pro?

Anyone dealing with large media files (photos, videos, or digital art) would probably benefit more from the iPad Pro. The 16GB RAM will probably be worth it. The M1 chip would probably not be that impressive, though, given the one on the MacBook Pro didn’t impress us much. We would argue though, that if (for whatever reason) you feel you might need the highest specs for an iPad Pro, you’re better off getting a MacBook. It is a much better buy than an iPad because desktop apps are more powerful.

We also recommend the bigger iPad Pro for anyone taking digital notes without a secondary device (e.g, a laptop or second iPad). The bigger screen is better for multitasking. If you don’t like the big screen but want bigger storage (more than 256GB), the 11-inch iPad Pro will be great.

Whatever port you have on your iPad (USB-C or Lightning connector), you will still need to buy hubs (adapters). Apple is still releasing iPads and iPhones with the lighting connector, the market has excellent hubs for both. In 2021, the lightning connector is as future proof as the USB-C, Apple hasn’t phased it out yet.

2 years with LiDAR on the iPad Pro and we still don’t have apps for it, typical of Apple. Let’s just stop buying expensive devices based on Apple’s vague promises. First, it was the iPad Pro 2018 that could run Pro desktop apps. Then LiDAR with the 2020 iPad Pro and more power on the M1 iPad Pro. No matter what iPad you pick up, they all run the same apps! Should you need an iPad as powerful as a laptop, it’s better to get the laptop.

Which iPad am I using?

At the beginning of this year, I switched back to the iPad Pro 2018 (1 TB) because the 2015 iPad Pro can no longer edit videos. It lags so much, it’s unusable for editing. It still works great for note-taking though. The lag with editing began end of 2020. We also have been experiencing the same lag on the iPad 2018. However, for most productivity apps, both iPads are still fantastic!

Who Needs The iPad 9?

Apple just released an iPad with a minimum storage of 64GB in 2021! Who came up with that idea?! 64 GB on a new device is now a terrible idea, especially considering that you can’t expand the memory on your iPad. We are hesitant to recommend 256 GB (maximum storage) for the iPad 9. It might not cut it for serious work or note-taking, depending on how much media you add to your notes. Our media files are getting bigger by the day, it’s surprising Apple would make an iPad with such small storage in 2021.

For its price, the iPad 9 remains the perfect iPad for Primary and High School students. It is enough for studying, creating notes and any work they might throw at it. It is also good for anyone who doesn’t do much on their iPads. For reading and replying to your emails, digital planning and taking basic notes, the iPad 9 will work just fine. Also, as a secondary device.

The 11-inch iPad Pro (512 GB) gives you the best value for your money. In 2021, 256 GB (the maximum storage on the Air, mini and iPad 9) is too small to future proof your device. For anything more than note-taking, playing music, creating videos or watching movies, bigger storage is better. Storage on your iPad is the most important spec, it is everything because it’s not expandable. Once you get it, you’re stuck with it for as long as you’re using it.

Who needs the iPad mini 6?

The iPad mini 6 still remains the most expensive notepad in the world. It can’t be used as a stand-alone device, you will need a bigger iPad or laptop to go with it. If you prefer working on a laptop, an iPad mini 6 can be a great digital notepad. Since iPhones don’t support the Apple Pencil, the iPad mini 6 for handwriting quick thoughts is great. Be warned: it’s not that small. At least, for my tiny hands, it’s not very portable.

What about the Apple Pencil: which is better?

The iPad you choose determines which Apple Pencil you get. The Apple Pencil should not be a determining factor when choosing an iPad. Both pencils work and as far as note-taking is concerned, that is really all that matters. 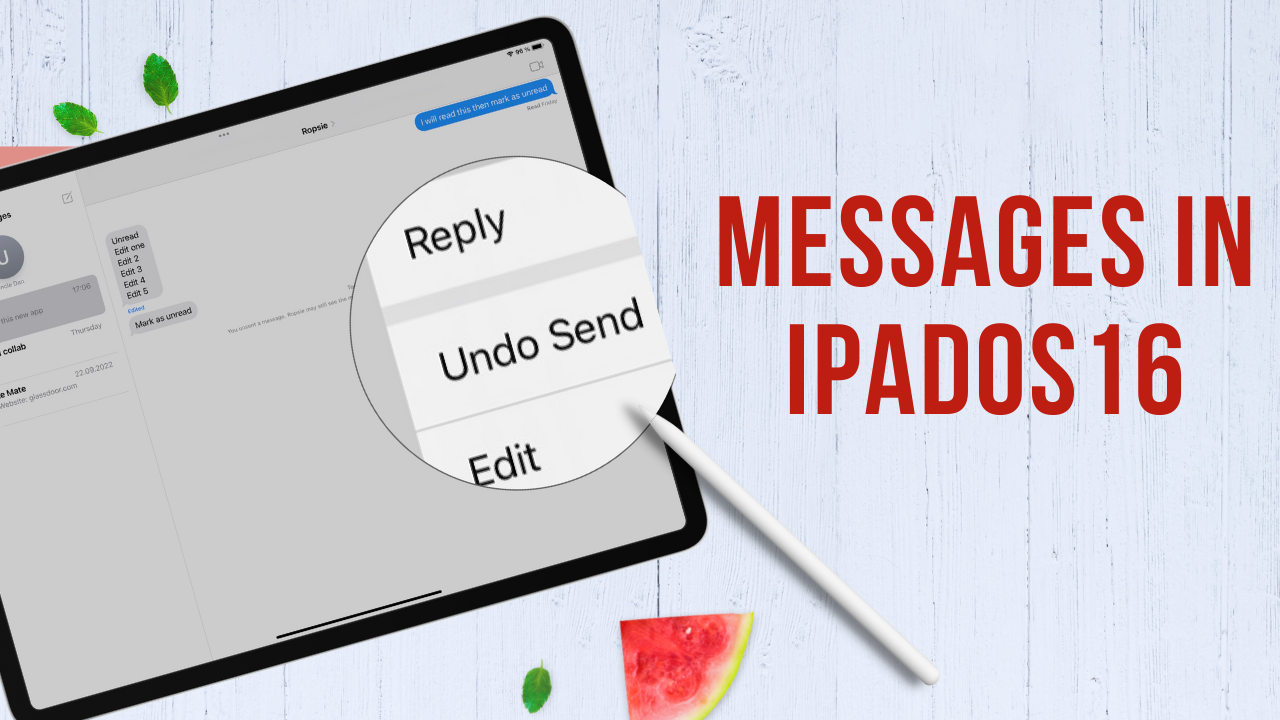 We’ve gone through the changes for Apple Notes and Apple Reminders in iPadOS16. Unlike iOS 16, iPadOS 16 got no Lock Screen updates, which 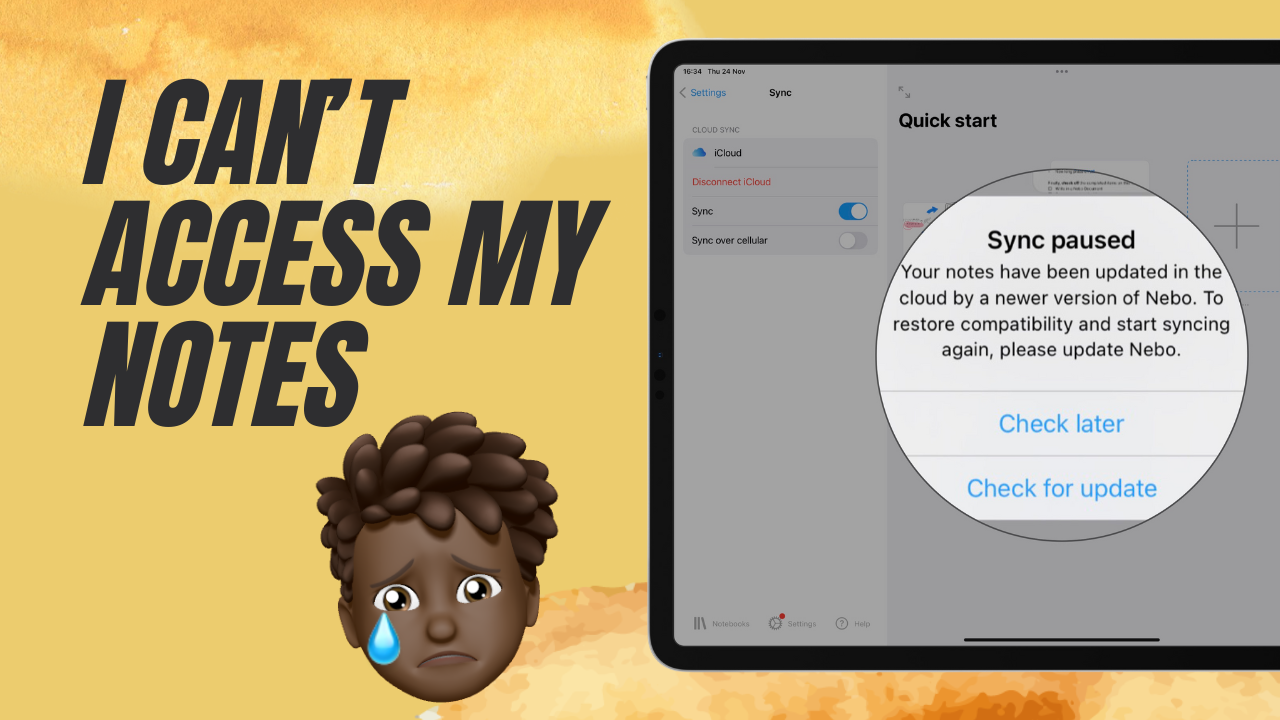 We’ve repeatedly advised you guys that auto backup is essential for any productivity app, especially note-taking ones. Until this video, it’s been theoretical. 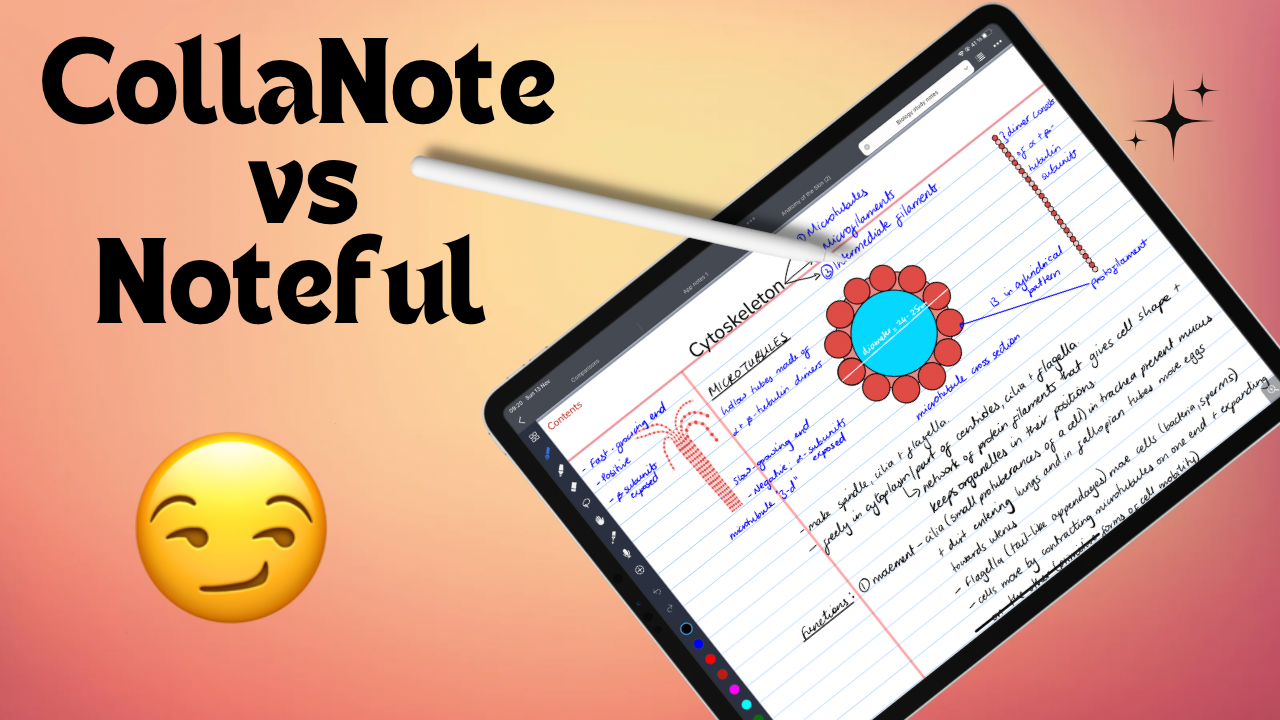 Noteful and CollaNote are gaining a lot of traction on App Store. CollaNote was launched in December 2020 but Noteful didn’t debut until October 2021 (some ten months later). Which of these two new apps do you need for your digital workflow? That’s 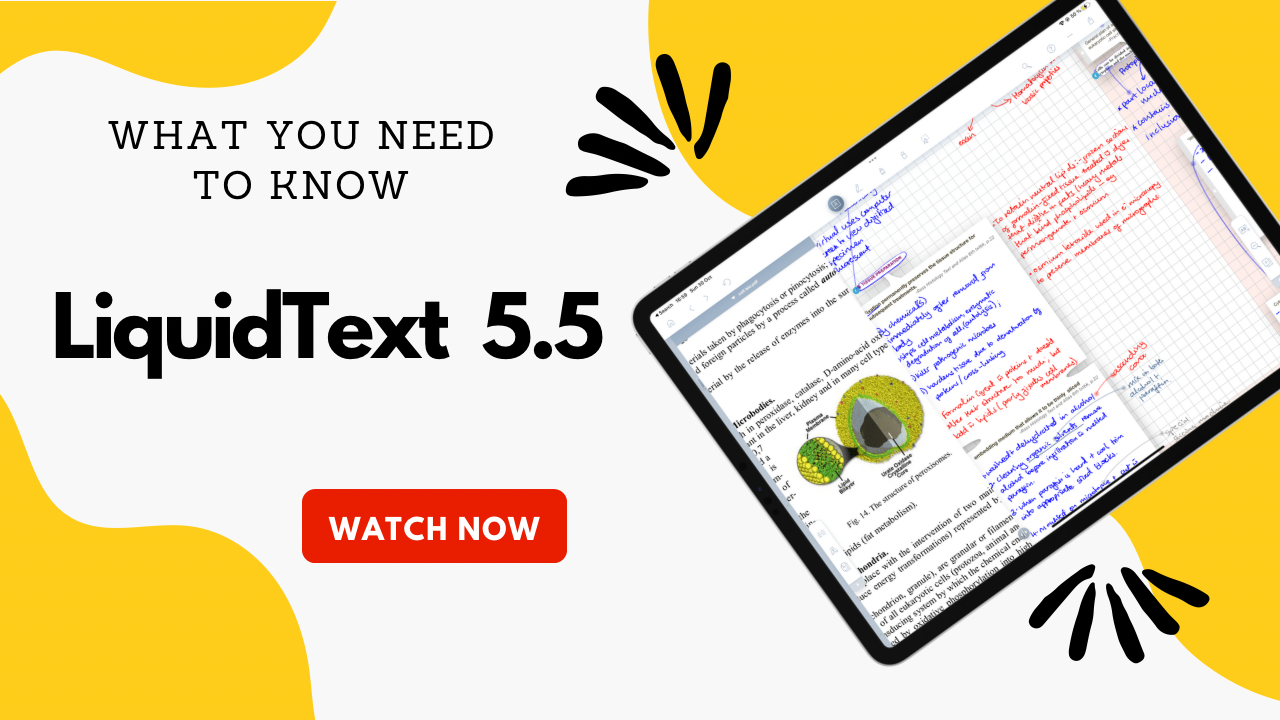 In the past, LiquidText’s organisation has been quite challenging. Let’s take this histology project, for example. It includes all the necessary textbooks and course materials. Before, I could only have one topic per project because LiquidText only supported one workspace per project.