Apple introduced Stage Manager for macOS Ventura and iPadOS 16 for some iPads. By tapping the thumbnails on the left side of the screen, you can easily switch between apps on your Mac. This is a useful way to multitask. We are going to focus on Stage Manager on the Mac and iPad.

What is Stage Manager?

When you update your Mac to macOS Ventura, you can quickly turn on Stage Manager from theControl Center. Stage Manager is the latest feature Apple has added to our multitasking options on the Mac. It complements the Dock and Mission Control, or it can completely replace them if you like.

Activating Stage Manager automatically moves your recently opened apps to the left side of the screen. They display as thumbnails, and depending on the size of your Mac, you get a maximum of six thumbnails. This MacBook accommodates just four. The thumbnails can either be single apps, a group of different apps, or all the open windows of a single app stacked together. You can then open one at a time or choose to see all the windows of either a group or an app.

For example, I could have five different windows of Pages documents open and quickly see all of them or choose to open just one. I can be working on some notes in Noteful and KeyNote at the same time and access them together. I can then add a Pages window to add to my Noteful-KeyNote thumbnails to easily make it three windows.

We love how all the windows are perfectly sized for multi-tasking. All you have to worry about is arranging them on your screen. Resizing windows on the Mac has been difficult. With Stage Manager, switching between apps has become fairly simple.

You can customise your Stage Manager setup depending on how minimalist you want it. For the most minimalist look, you can turn off Desktop items so they are not visible when you have an active window open. You will only be able to see them when you tap an empty space on your desktop.

You can also hide the Recent applications on the left, to only bring them up when you hover your mouse on the left side of the screen. We hope in the future, we’ll be able to decide which side our thumbnails go to. For right-handed people, it’s more intuitive to have them on the right side of the screen. Or is that just me? The minimalist in me also prefers to see one window at a time and switch between them.

If you’re not a minimalist, you can make sure your thumbnails and desktop apps are always visible. It makes everything easier to access. Instead of viewing one app at a time, you can choose to see all the windows of a single app at once. What do you prefer — the minimalist approach or the maximalist one? Do tell!

Stage Manager on the iPad

In iPadOS 16, Stage Manager is only available starting from the following models:

I just want to say that if your iPad is not supported for Stage Manager, you’re honestly not missing out on anything! Stage Manager is the most useless feature that Apple added to iPadOS 16. It makes sense on the Mac, but absolutely none on the iPad. First of all, because the iPad screen is much smaller, and secondly, because it’s a touch screen.

Multiple instances is the perfect multitasking tool for an iPad. Slide Over makes more sense on the iPad than Stage Manager. I am glad we have an option to completely turn it off. Please let us know if you’ve actually found Stage Manager useful on the iPad. Perhaps we’re missing something.

Stage Manager can open two (or more) apps for you to access one at a time. Then you have to keep switching between the two apps. Why? With Multiple Instances, you can open two apps and be able to use them simultaneously. “You can resize your windows,” they told us. As if we couldn’t already do that. Besides, when you want to see both apps in Stage Manager, it just looks ridiculous! Multiple Instances resizes your apps much better and more easily.

Stage Manager for the iPad is utter rubbish. It’s not practical at all for a touchscreen device. But to keep a positive attitude, perhaps it’s a foundation for future multitasking features. Until those arrive, I am turning this feature off! On the Mac, however, it has improved the way we multitask, and we love it. 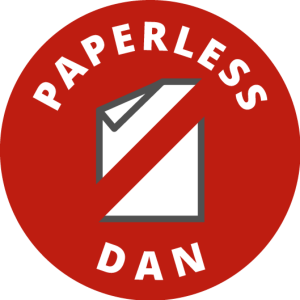