Paperless Student: Studying For An Exam On The iPad 2018

I have been MIA for about two weeks now. Exams. But am back. I want to update you guys on how I studied for the past two weeks and hopefully, clear some questions you might have about the 2018 iPad.

For the past two weeks, I was using the iPad 2018 for my study and strangely I liked the size of the iPad. I thought it would be too small, seeing I am used to the 12.9 inch iPad Pro. But the iPad 2018 screen size is very decent for studying. I am still not sure it’s possible to use it alone though.

After the unboxing video, I went on App Store to download my main note-taking apps. Since I was studying for an exam I didn’t actually need all the apps on my main iPad.

For the first week, I was using my laptop to study. You guys know that I normally split my screen and read my lecture material on the left and my notebooks on the right. The iPad 2018 screen is just too small for split viewing. Once I got to used to using my laptop as a second screen, studying became a breeze.

The iPad 2018 is very portable. It was lighter and more practical for carrying that around on public transport. I could study on the bus, not that I didn’t before. But the smaller iPad doesn’t look ridiculous.

On my laptop, I was using WPS to read my lectures no matter the format they were in: word, powerpoints and PDFs. The software is free, has a familiar Microsoft interface and it is also available on iOS devices. The software was useless for PDFs though because I couldn’t search my PDFs.

I exported my notes to Google Drive as PDFs, answered questions and marked myself using the PDFs. This was a rather intense study routine. My review questions are very clumsy. I wrote them on the iPad 2018, but they look the same on both iPads. I sync the devices via iCloud.

After about a week and a half, I had terrible eye strain. Staring at my computer screen gives me eye strain, despite wearing my computer glasses. Strangely though, I don’t suffer from eye strain when using the iPad alone. Find out how you can prevent eye strain.

Writing on the iPad 2018 is great, it’s no different from the experience you get on an iPad Pro. The new Apple Pencil was very slippery and needed some breaking in. It felt like I had never used this tech before, which was totally weird.

I replaced the laptop with my iPad Pro because of the eye strain, but continued using the iPad 2018 for taking notes. On the iPad Pro, I used Notability and GoodNotes mostly. GoodNotes can open multiple tabs, which is very handy. Notability synced my notes in real-time as I worked through documents on the two devices. It got a bit annoying at times as my pages loaded when I was in the middle of my study, nothing major though.

The iPad 2018 has a poorer screen quality. It makes a noticeable noise when writing on it, which I found distracting at first. However, after a day of use, I managed to subconsciously block it out. It really bothered me at first though.

An iPad-Windows workflow design for a computer science student #1

The ONLY note-taking methods you should be using

iPad accessibility for the visually impaired

From paper to digital: how I transformed my old French notes

PrevPreviousPaperless Student: How I Study in LiquidText
NextHow I Organised My iPad Pro: Week 1 Of New SemesterNext
On Key 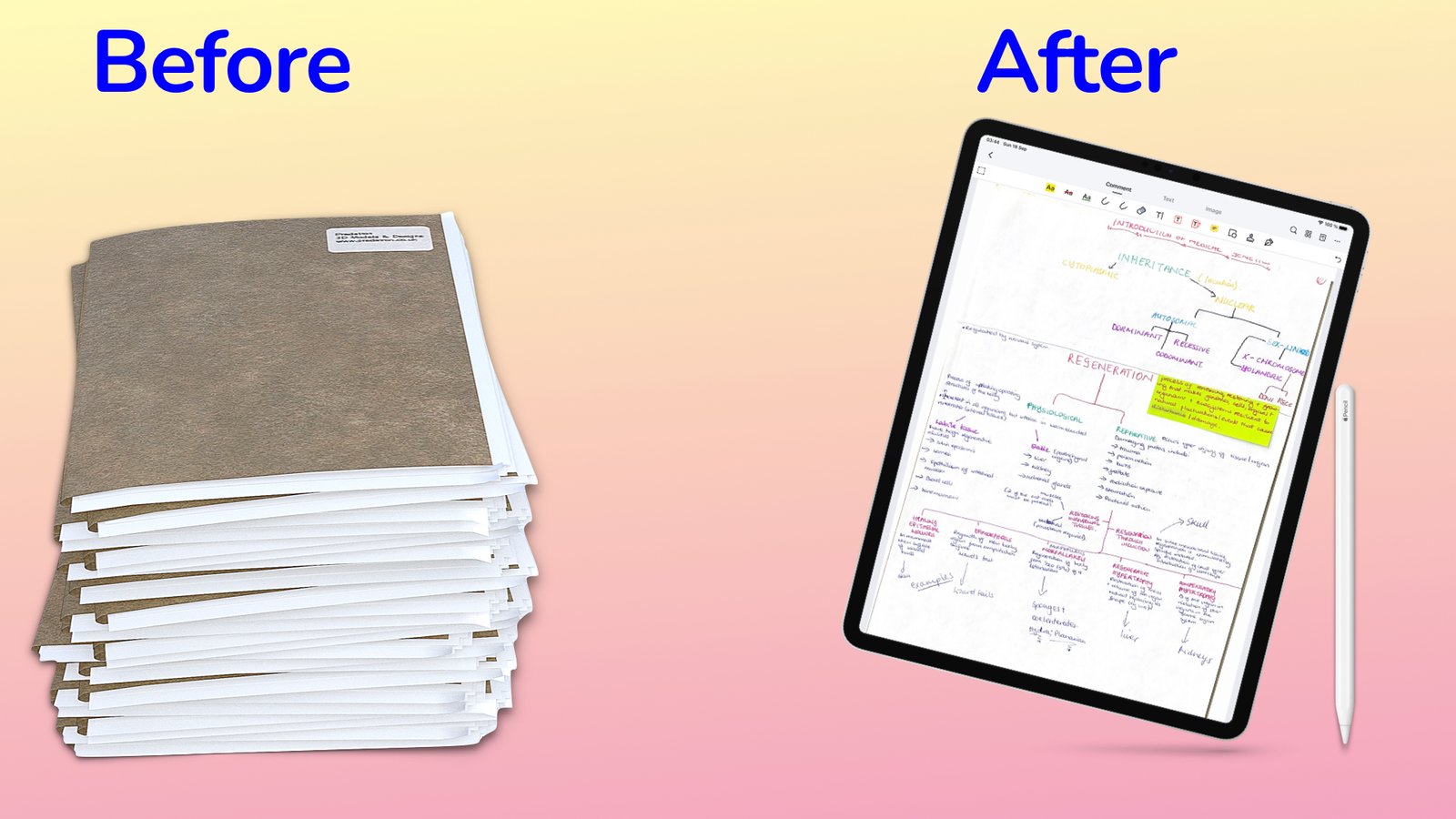 For this paper to digital transformation, we used PDFelement. It was a team effort, with Uncle Dan doing most of the scanning (seeing he’s the biggest threat to these notes’ physical form) and I mostly offered moral support. 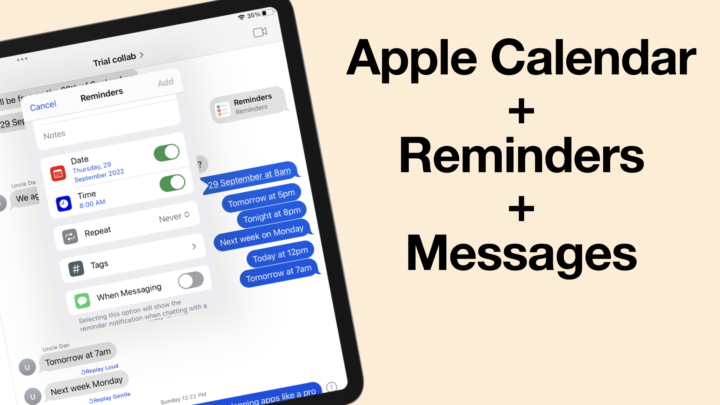 When Messages is integrated with Apple Calendar and Apple Reminders, it can be a powerful collaboration space. Do you need to plan a trip with your friends or a get-together with your extended family? Look no further than Messages. 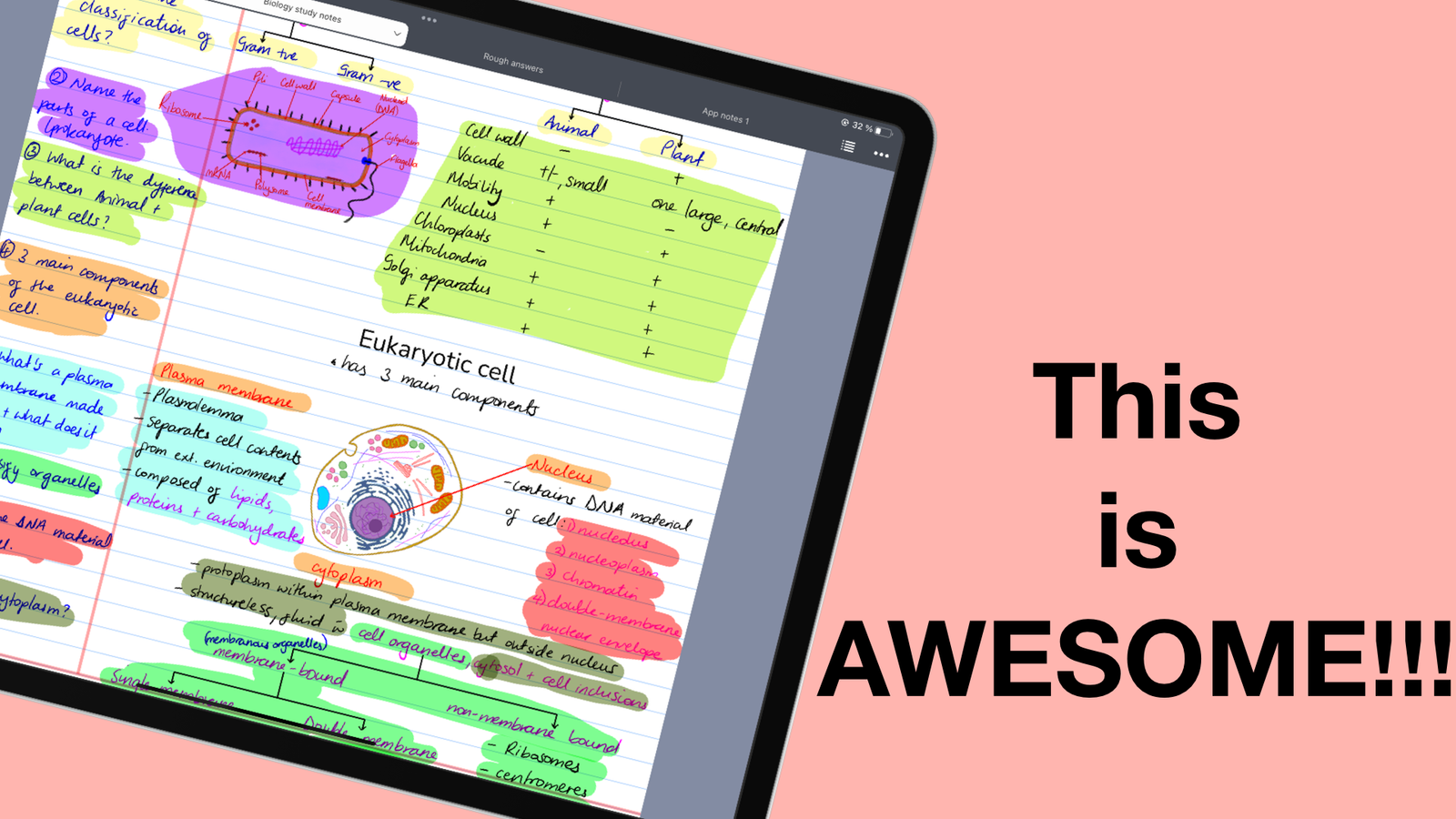 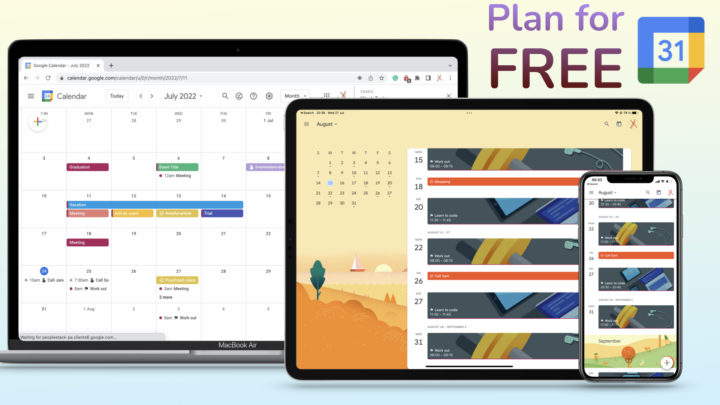 Google Calendar is a free Get Things Done app from Google, that helps you to keep track of your Events, Tasks, Reminders and Goals